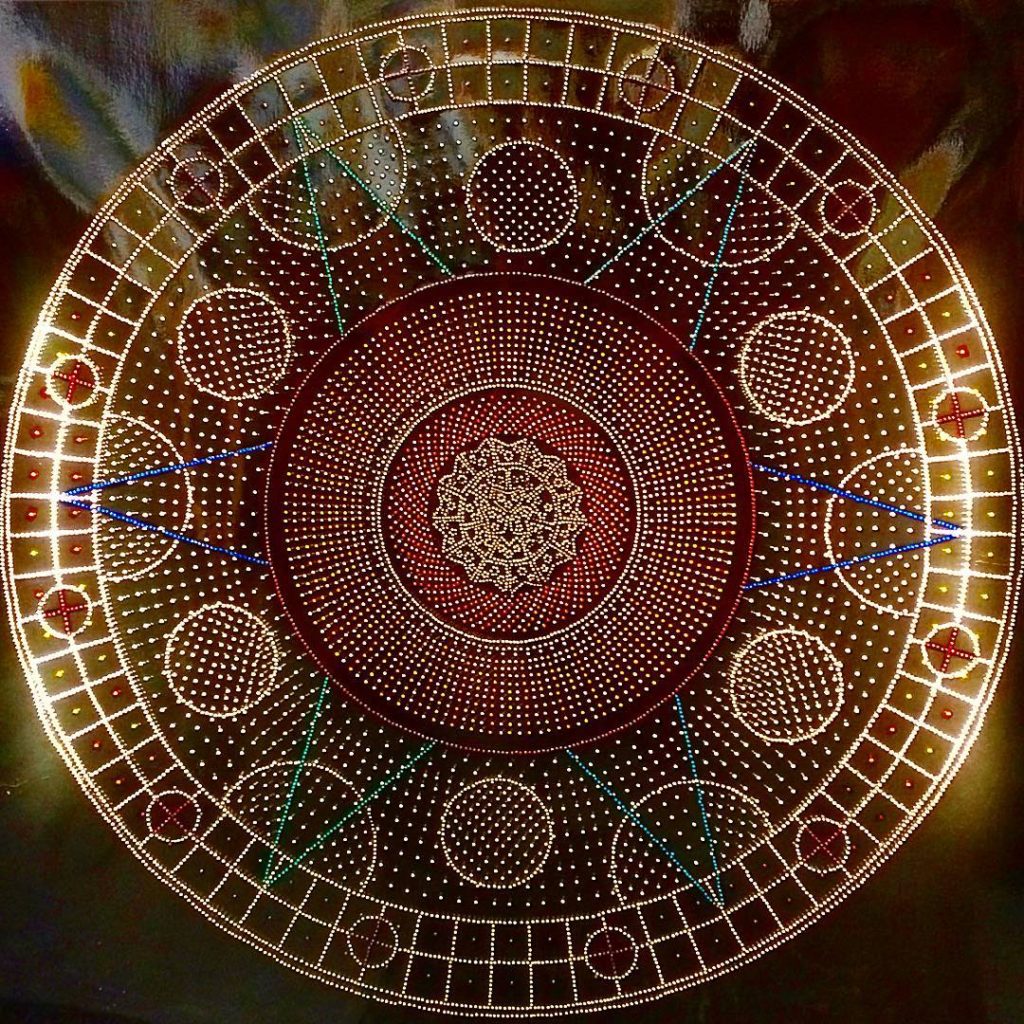 * All exhibited works are available for purchase, and will be on display through the remainder of the year.

ABOUT THE ARTIST:
Matthew Shelton was born in South Carolina in 1974. Following two years at Berry College in Rome, Georgia, he pursued a Bachelor of Fine Arts at the Art Academy of Cincinnati.

During his years in Cincinnati, he pursued both music and art with equal intensity. As leader of his bands The Cat Lovers, Me or the Moon, and M.Shelton’s Picnic, he garnered praise for his inventive approach to folk music, using both traditional solo guitar, and more idiosyncratic approaches to songwriting and performance by playing the African mbira, and forming odd chamber music groups featuring bassoon, bass clarinet, piano, saxophone, and strings.

Along with his musical output, he made and exhibited a varying body of artwork during his time in Cincinnati. His whimsical, folk art and comic book influenced Women and Kitties series found considerable attention in non-traditional venues like bars, hair salons, video stores, and cafes.

In 2004, Shelton began his groundbreaking lightbox work that continues to this day. Using a technique of the artist’s own creation, these works feature a meticulous attention to detail, with patterns comprised of thousands of holes, creating mandala-inspired, jewel-like images of light and pattern. These works have been exhibited in numerous venues since, thrilling both seasoned art connoisseurs and casual viewers.

In the summer of 2010, Shelton relocated to Chicago, and continues to create and exhibit his lightboxes in his new home city. His music projects continue as well, with a Chicago chapter of the Picnic, and continued solo work.

In 2015, he formed ExtraOcular, a trio that currently features mbira, guitar and cello.

Also in 2015, Shelton made the leap into video-based work and has cultivated a wild and experimental psychedelic style that continues to evolve, making use of his years of work as an artist and musician in a completely different medium.

NOW BY APPOINTMENT ONLY
READ MORE ABOUT NVISION

Get the latest news about new inventory, related news, and special events delivered to your inbox. We respect your privacy, so your email address will not be shared.